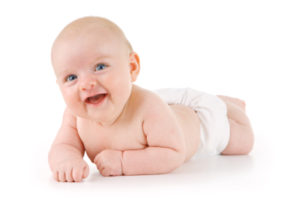 That is pretty much the first question that I had when I both found out that I was actually having kids, and then when they were born. Quite frankly it’s not just something that you can instantly know how to do. Being a parent is difficult, and even though everyone loves to be the “first person” to tell you that – almost with some kind of glee and I’m sure misery loves company type of deal – the fact is you just pretend to listen to them. You might even think you know better, especially considering the actual person who is telling you this. But yeah, having a child and being a new parent is hard. It’s hard whether you are just working a ordinary job and it’s hard if you have your own business.

The fact is you really don’t have time to be a proper parent if you have your own business or focus on your own business, just as if you are a new parent you cannot be a complete businessman. There are actually so many things that you are restricted to as a new parent. As someone who loves to travel, I discovered pretty quickly that I can kiss that goodbye. I would have more luck teleporting to a country that I want to be in than I would to actually go to one of them. Most things become something that you used to enjoy into something that is almost a blessing to do just for a minute. At times the things you used to enjoy can actually become a chore in itself. But at the end of the day being a parent means that you have to make sacrifices for a little while. It’s when those sacrifices start to affect you and your finances, especially finances for your family you have to actually make some priorities. That is why it is important that once you become a parent for the first time you don’t lost all focus or priorities inside of your life.

I mentioned earlier that I own my own business and the fact is I do find it difficult personally to balance my family life with my professional life now that I have become a first time parent. I still have a lot to learn about becoming a parent, but I also have a lot to learn about becoming a successful professional too. The benefit of being a parent while having my own business does mean that I get to pick my own working hours. This really helps me become the best parent I can be right now, especially since I was really excited to actually become one. I am really fortunate as well, since most new parents do not get to spend as much time as they would probably like at home for the first few years. That’s exactly why instead of just focusing on the negatives of what is going on currently, I’m just enjoying the time that I actually have as well as the actual ability of being able to spend time with my family.

I’m not really going to spend this blog post talking about what has been going on already since to be honest, if I did it in one blog post then I wouldn’t really be a blog! But I would like to say in this blog post that I am noticing a few small changes in my life that I really didn’t realise beforehand will happen. Some things have really been a shock and some things haven’t. For example, even though I knew not to expect much if any sleep, I wasn’t at all sure of how little sleep I would be getting and how that would affect my professional life. I have found that I can’t really do any work that I used to be able to do as efficiently, and have specifically started taking multivitamins just to help. Small things like this I will be a bit more expansive on later, but thanks for reading and stay tuned for the next post!

What do you think? Cancel Reply